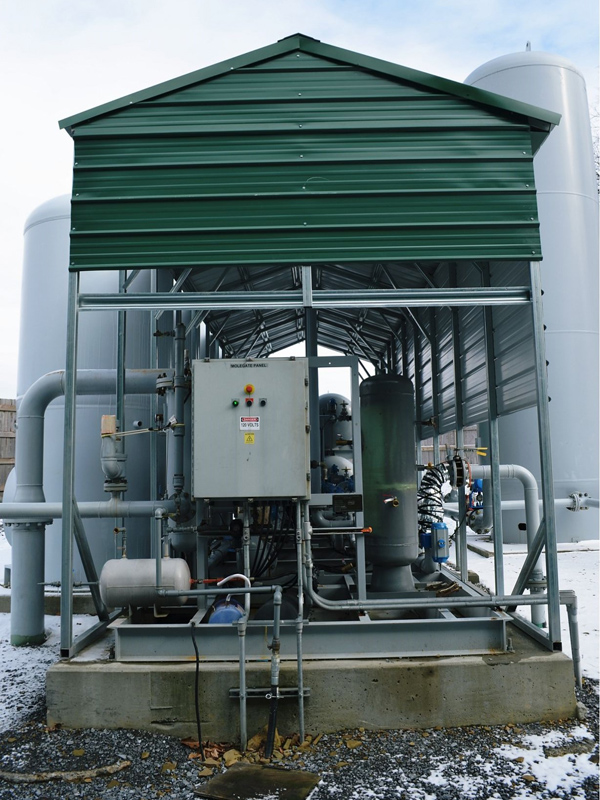 Vessels Carbon Solutions Inc. (VCS), is dedicated to reducing mans impact on the environment and climate. Our expertise is capturing methane leaking from coalmines and destroying it. We have been active since 2003 building and operating three projects around the country. Reducing methane emissions has the greatest immediate impact on slowing global warming1. Capturing the methane improves mine/facility operations by reducing greenhouse gas emissions and volatile organic compounds associated with the methane. VCS develops markets for methane reduction by lobbying, directly engaging regulatory agencies, joining strategic trade associations, and developing and operating economic pilot projects.  VCS leverages these markets to turn a waste and pollutant into a resource. VCS wrote the first Abandoned Mine Methane Protocol in the USA which was approved by the Verified Carbon Registry2.  VCS successfully lobbied in the state of Colorado to accept Methane emissions from coal mines as renewable3.  And we participated in the working group which advised the California Air Resources Board in drafting the Mine Methane Capture Protocol4.  From 2003 to 2007 VCS made on site visits to evaluate and test numerous mine methane emission prospects in twelve states in the USA and Mexico. VCS test drilled or participated in four horizontal wells and six vertical wells in coal beds and coal mines. We negotiated with large public and independent mining corporations. We attempted to get power purchase agreements with investor owned, rural electric cooperative and municipal power utilities. We closed on transactions to develop an abandoned mine in Pennsylvania and an active (now abandoned) mine complex in Colorado.

Since 2008, Vessels has captured over 4.4 billion cubic feet of methane emissions. This has the same effect as reducing around 7 million metric tons of carbon dioxide (CO2) emissions5. This is the equivalent of removing CO2 generated from over 6 million Mega Watt hours of coal fired electricity, or removing 1.5 million passenger vehicles from the roads for a year.

Vessels is currently capturing as much methane as is equivalent to 1,700 metric tons per day of Carbon Dioxide emissions.  That is approximately the amount of daily CO2 emissions from approximately 130,000 passenger vehicles.